The oldest history of Sochaczew Land 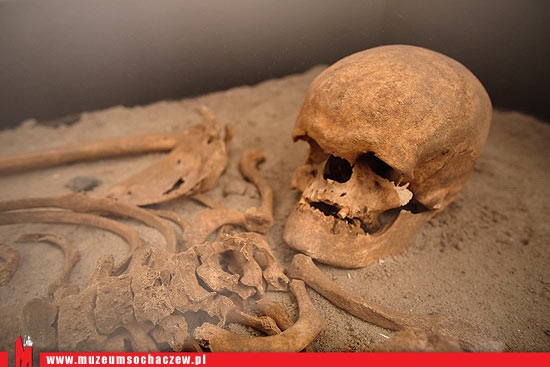 A long, long time ago, somewhere near Płock city, between X and XII century, there was a young man, who’s primary ocupation was fighting… Probably he had a family: a wife and a couple of children; he lived in one-room hut where they used to sleep, work, eat and keep – especially during winters – livestock. When things went wrong, he had to take his sword, shield and spear and go to war. Maybe he was a member of Prince’s crew? When he reached the age of 35-45 (by anthropologist called “adultus”) he was killed in action. Or maybe he just died of old age? It is possible due to fact, that in Middle Ages time people lived shortly, hardy ever reaching the age of 60. Is it true? Or maybe that man was not a warrior but some craftman or farmer? We’ll never know answers for that questions but a skeleton of this man, equipped with a sword and a spear blade you can see at our archeological exhibiton called “The past hidden in the ground”. 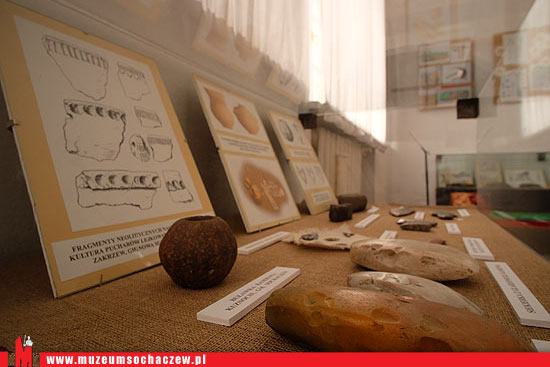 First room of the archeological exhibiton shows relics from Paleolith and Mesolithic times. Despite flint tools worth seeing are parts of bones of extint animals: an aurochs horn, a rhinoceros jaw, piece of a mammoth tusk. Next part – the Neolithic tell the story about agricultural evolution and pottery products. You can see here clay tools, pots and amphors, stone axes and hatchets and some spearheads made of flint. 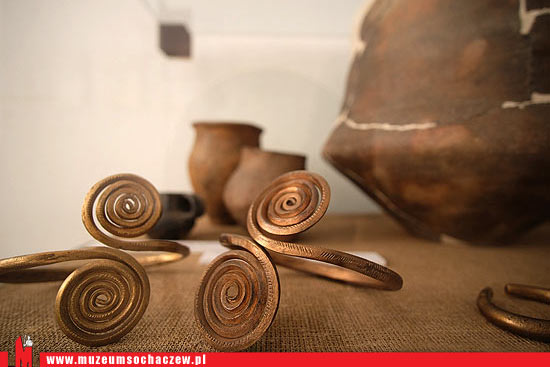 Next room is a “kingdom” of Bronze and Iron Ages. Copper bracelets, bronze armlets and axe and vessels and urn for burned bones are exhibited here. You can see also burial ashtrays that come from Sochaczew’s archeological dig sites. The other part of this exhibitons shows antiques from the Roman Empire times. There are ornaments, tools and weapons made similar to Roman counterparts. 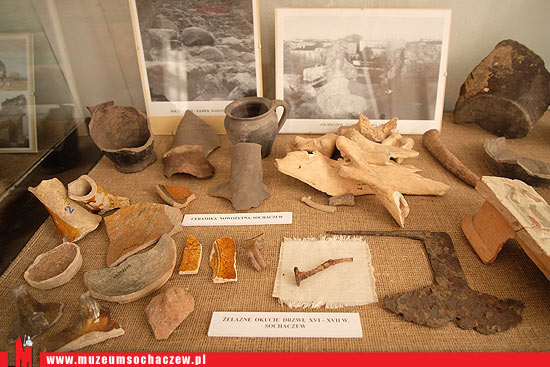 Last part of the archeological exhibition presents Middle Ages time of our city. There are pottery, weapons, stone bullets found during archeological excavations on the castle hill. Part of this exhibit shows relics from an area called “Poświętne” – which was the oldest part od Sochaczew. An unique exhibit here is Middle Age’ stone baptismal font.

Whole exhibiton is completed with photos and pictures regarding every age that show the way people used to live in those days.