When the Bzura River battle lasted

Majority of exhibits shown on this exposure are infantry and cavalary weapons, equipment, uniforms, photos and documents of Polish troops fought in the Bzura River Battle in 1939. These artefacts, hidden on the battlefield by soldiers and local citizens were found many years after the war by museum’s funcionaries or were given by families of the fallen troops. 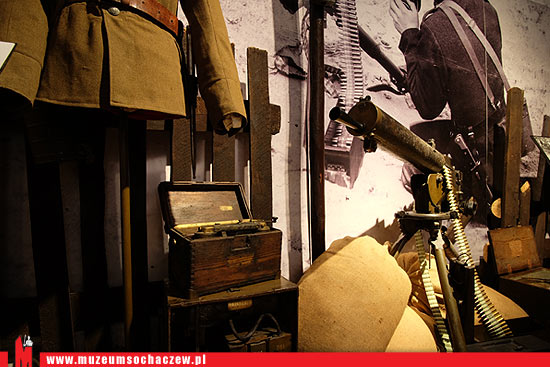 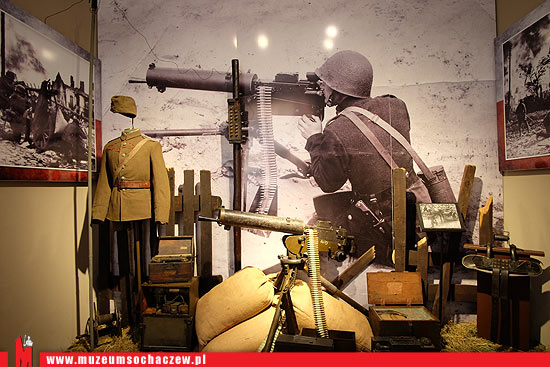 There are also documents from fighting connected with the defence of Sochaczew from 13th to the 16th of September 1939. The city was defended by the 2nd Battalion of the 18th Infantry Regiment, commanded by major Feliks Kozubowski, who was killed in action on the 15th of September during the fighting in Sochaczew. Keepsakes and mementos of the defenders and photographs of the destuction of Sochaczew are exhibited, especially a unique collection of equipment of the Hospital Corps of the Polish Army. This equipment was used in the field hospital no 802 in Sochaczew.

Our most valuable finds

In one of the rooms you can see the most valuable exhibits acquired over many years of searching conducted by the museum in the area of the battlefield of the Bzura River. You can find there: 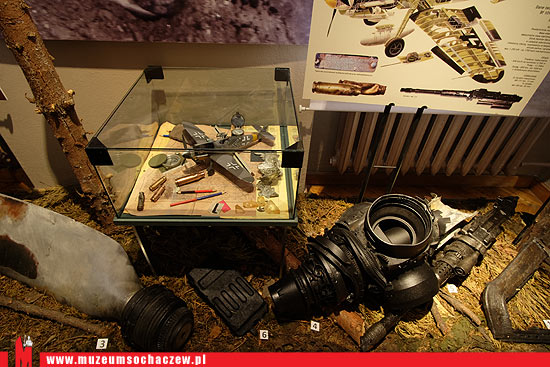 Apart from mementos from the Battle of the Bzura River, there are items and documents of the local history of the Sochaczew Region from 1940 to 1944 shown on the exhibition. Documents and photographs regarding the orders of the Nazi Occupation are exhibited as well as the activities of the Resistance, especially those of the “Skowronek” district of the AK (Home Army) and the AK “Kampinos” group. In one glass exhibit case there are mementos of the paratroop commandos of the “Dark and Quiet” unit, who were airdropped into the Sochaczew Region at the end of 1941. Interesting part of this exhibition is wreckage of German Me-109 fighter, which was found and excavated from the ground by museum workers in Kampinos Forest near Warsaw.

Worth seeing are also mementos connected with the Warsaw Uprising, which broke out on the 1st of August 1944. There are mannikens of Resistnce fighters and their weapons, documents and photos of the fighting Warsaw.

The final exposition room shows “Paths to Victory 1945” exhibit where mementos, uniforms and weapons of Polish soldiers who fought on both the Western front (Monte Cassino, Bolonia and Wilhelmshaven) and the Eastern front (Berlin) in the final phase of WWII are presented.